I just came back from a trip to Ivory Coast, West Africa.

The whole trip was fantastic in so many ways. I truly believe it is a gift to experience other cultures as it challenges you to look at things from a different perspective.

I mean, who says what you are doing is the right way of doing things?

Just because you have always done something one way does not mean you need to keep doing it that way.

A new perspective can bring a lot of gratitude to surface, especially when visiting a developing country.

If you stay in your “world”, oftentimes known as your comfort zone or bubble, you will limit your challenge of thinking differently.

However, you don’t need to travel across the world to alter your perspective, to challenge your comfortable way of thinking.

Let’s think about it, when is the last time you joined a group of people who are vastly different from you?

Or when was the last time you decided to give something new a chance?

For me, I felt majorly challenged in Ivory Coast.

In addition to a culture that was vastly different from mine (a combination of living in Sweden and the United States), the challenges expanded far beyond cultural differences.

I was immediately challenged by the terrible infrastructure issues, found myself eating foods that I would not normally consider eating (and probably wouldn’t have, if I knew what I was eating) in ways I would not choose how to eat the food.

I felt sad by the non-existent waste system and lack of cleanliness, stressed by the non-existing traffic rules and awful about the obvious signs of corruption, and felt feelings of guilt as I watched children play soccer on a dirt field without shoes.

I felt remorse as I watched so many people with very little opportunity live in poor conditions, and it was difficult to communicate with others whose culture and language I do not understand, all while being consistently sticky from mosquito spray.

Despite these challenges, my experience was absolutely incredible!

Because really, at the root of all experiences is your attitude.

Your attitude is formed by your willingness to accepting a challenge and how you decide to act.

It’s no secret we had issues, saw sadness, and ran into problems every single day, but if instead of looking at these obstacles as barriers, viewing these experiences as opportunities to learn, help, and grow allows the uncomfortable to become comfortable.

Just because something is difficult does not mean there is not beauty in it.

It was fascinating to see how people used their creativity to make money and how they moved through traffic with the unspoken rules of honk and go as you please. Rather than questioning these unorganized traffic rules, I learned this was their way of working together to get through life.

Although many things in life are out of our control, how we choose to see and interact with the world, our perspective and attitude, are the largest impacts on how we experience life.

I met amazing, warm, and hard-working people, saw incredibly beautiful nature, was blown away by colors and designs, ate fantastic food, became excellent at maneuvering in a chaotic city, and developed a newfound patience and appreciation for rules and opportunities.

Most importantly, Africa reminded me of the value of perspective and attitude. 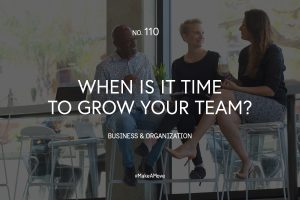 When is it time to grow your team? 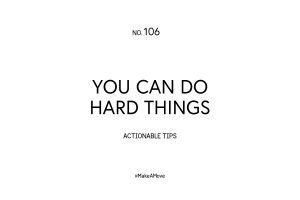 You Can Do Hard Things 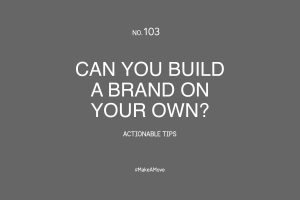 Can You Build a Brand on Your Own?